Your organisation probably has different kinds of leadership.

Some leaders are involved in direct reporting lines, while others have leadership responsibilities outside the formal hierarchy. These are often called Dotted-Line or Indirect Reports.

Joyous is all about starting conversations with people who are in a position to make positive changes, so it's important to get the right people viewing and participating in conversations where they can help. 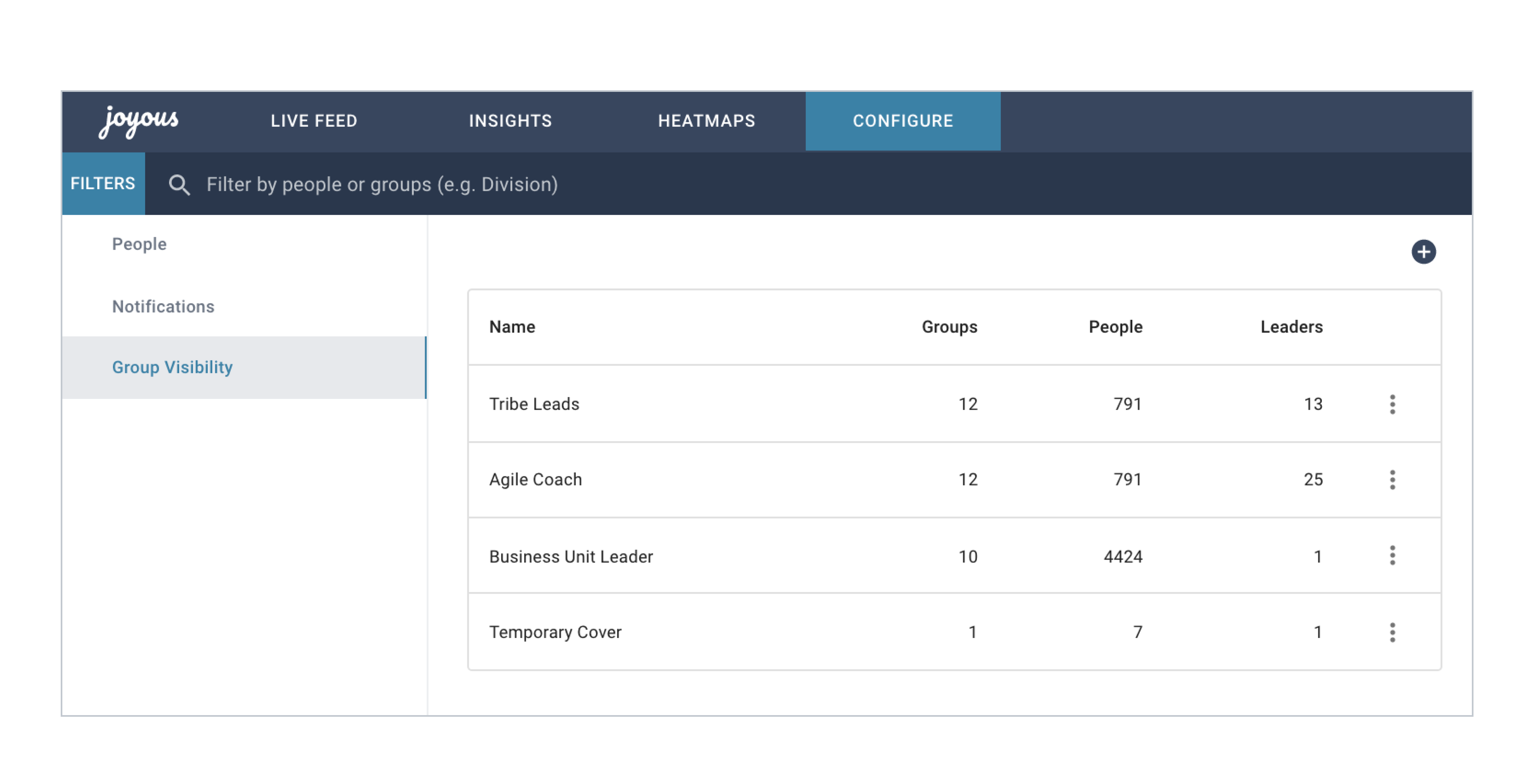